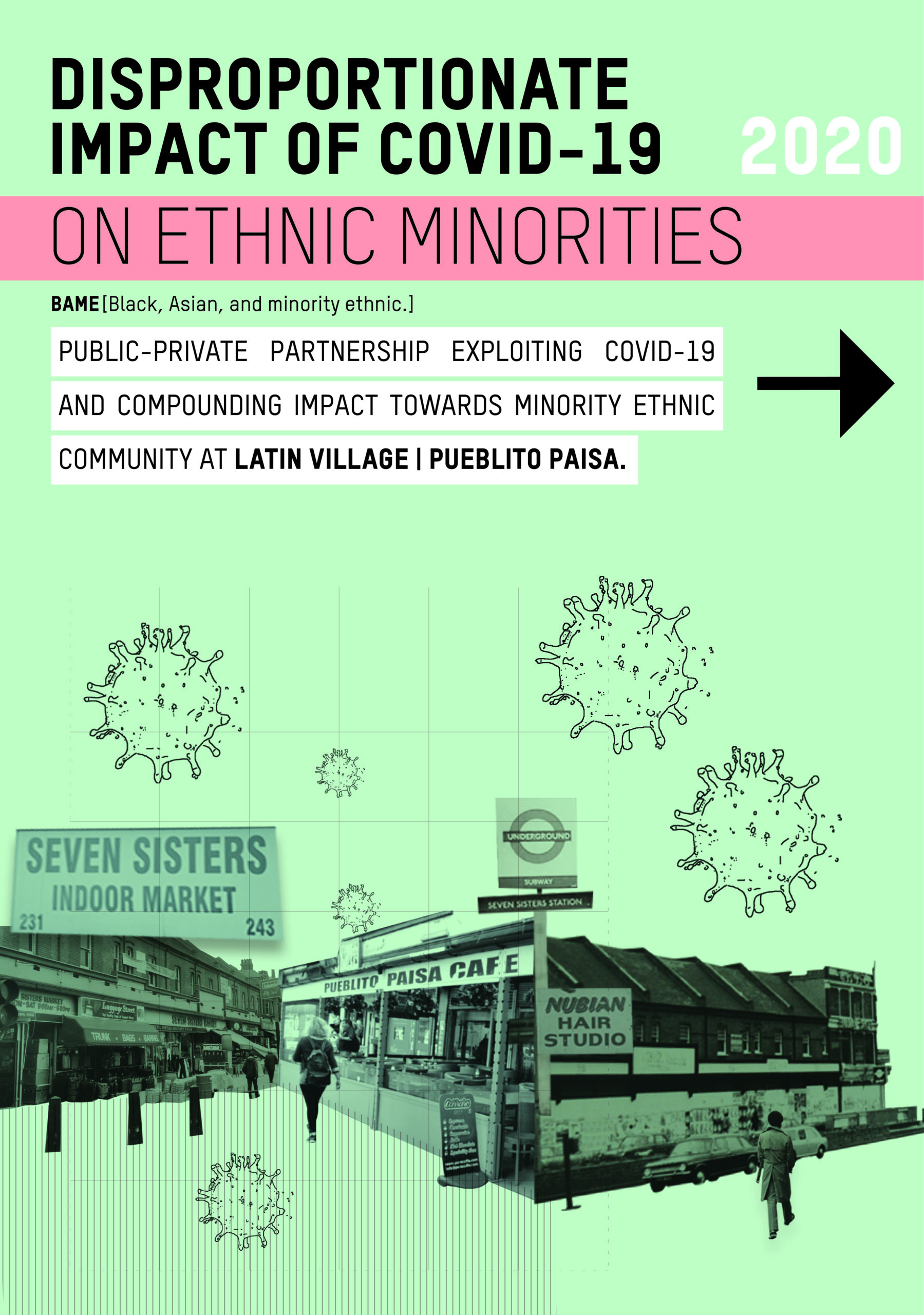 An insolvency practitioner is appointed by the current market operator. They communicate to the traders that if a deal is not possible the Latin Village may shut permanently, threatening the 40 BAME businesses and the livelihood of approximately 120 workers.

Boris Johnson PM announces a planned date for reopening non-essential business. Public-partnership agent MAM/Quarterbridge reminds traders that the Latin Village will not reopen and adds padlocks to the main entrances to all the main entrances to prevent traders from accessing their trading units.

In concert with their agent, TfL informs traders that the Latin Village may not reopen soon due to essential works “as a result of years of neglect“. Seventy-five percent of the market is still without power and TfL has stalled the restoration of electricity throughout the lockdown.

MAM/Quarterbridge issues traders rent invoice despite the fact that:

Non-essential businesses and indoor markets are allowed to open in the UK. The Latin Village|Pueblito Paisa in Seven Sisters Indoor Market is an exception. Due to managed decline over almost 5 years which has been taken too far by public-private partnership stakeholders, and essential remedial works being stalled during the COVID-19 lockdown. BAME traders and Latin American community are paying the consequences of structural racism whilst COVID-19 was already exacerbating existing inequalities and will be unable to trade. Moreover, the wider Latin American community is without a Mutual Aid Centre and registered Community Asset during a time of a forecasted economic recession.